Maria Montessori stands in many ways as the mother of alternative education. The Italian physician and teacher invented a new kind of school, one with self-directed learning, classrooms with mixed age groups, and no grades. Now, on what would have been her 142 birthday, thousands of schools bear her name. These Montessori schools have some very famous alumni, many of which credit the free-flowing classes with teaching them to think differently and allowing them to change the world. 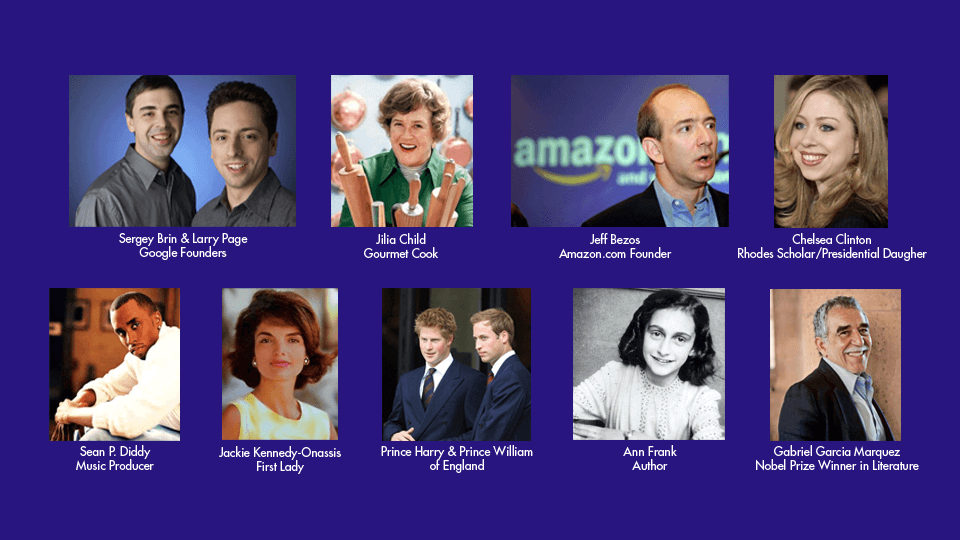 Grammy award-winning violinist and subject of a Pulitzer prize-winning media story
A world-renowned violinist, Joshua Bell is thoughtful about the role his music plays in society. In a cultural experiment turned Pulitzer Prize-winning Washington Post story, it is Bell’s humility, not his virtuosity, that most inspires. In suspending his fame to explore the true meaning of his work, Bell exhibits Montessori thinking at its best.

Amazon’s founder, who proudly cites his Montessori roots, is a study in contradictions: analytical and intuitive, careful and audacious, playful and determined. Critics note his extraordinary ability to learn from others, one hallmark of Montessori education.

Pediatrician, child psychiatrist, author and harvard medical school professor emeritus
Dr. Brazelton’s positive, child-oriented philosophy of parenting has influenced countless families to raise
children who are “confident, caring, and hungry to learn”. Brazelton attended a Montessori school as a child and now supports Montessori philosophy through his lectures and publications.

Academy award-winning actor, director, producer,humanitarian, United nations messenger of peace.Good pre-school pays off: Harvard economists say kindergartners with great teachers earn more later (and are more likely to attend college and own a home) than others. So what defines “good”? Turns out Montessori’s approach—unfolding students, not molding them—guides the most successful teachers. George Clooney? Montessori pre-schooler.

Political activist, author, lecturer, awarded the presidential medal of freedom, one of gallup’s most widely admired people of the 20th century.Maria Montessori said that if, deaf and blind, Helen Keller became “a woman and writer of exceptional culture, who better than she proves the potency of [the Montessori] method?” In her tribute to Montessori, Helen’s teacher observes, “Only through freedom can people develop self control, self dependence, willpower and initiative. This is the lesson Helen’s education has for the world.

Singer, songwriter, actress and fashion designer,16-time Grammy award-winner.In Houston, at St. Mary of the Purification Montessori, Beyoncé’s talents first emerged. In a school that valued both art and academics, a top student and world-class performer was born. Today Beyoncé has been nominated for more Grammys than anyone in history and is one of pop music’s most highly-regarded figures.

United nations Peace Ambassador, winner of 15 Grammy Awards, Presidential Medal of Freedom & National Medal of the Arts.A child prodigy cellist and Montessori student, Yo Yo Ma learned to early to follow his own interests and think outside traditional definitions. Today, critics call his artistic style “omnivorous” in reference to his versatility, his notably eclectic repertoire and his musical iconoclasm.

Marquez said his Montessori education gave him “the desire to kiss literature” and states, “I do not believe there is a method better than Montessori for making children sensitive to the beauties of the world and awakening their curiosity regarding the secrets of life.”

U.N. Advisor, humanitarian activist, memoirist and wife of the late king hussein of Jordan.Her Majesty Queen Noor is an international public servant and an outspoken voice on issues of world peace and justice. Her orientation toward peace directly reflects Maria Montessori’s—herself a three-time Nobel Peace Prize Nominee whose “education for peace” philosophy underpins our approach.

Former first lady and doubleday editor As a child, the former First Lady attended Miss Chapin’s School for Girls in Manhattan. Miss Chapin was a pioneer in education for girls; she attended Dr Montessori’s New York lectures in the 1930s and enthusiastically included Montessori methods in her classrooms.

Google founders “You can’t understand Google,” says Wired, “unless you know [its founders] were Montessori kids… In a Montessori school, you paint because you have something to express or you just want to… not because the teacher said so. This is baked into Larry and Sergey… it’s how their brains were programmed early on.”

Grammy Award-winning singer/songwriter Taylor Swift, country music’s youngest-ever Entertainer of the Year, attended Alvernia Montessori School in Berks County Pa. The singer is widely described as “the product of homegrown values”; New York Times calls her “one of pop’s finest songwriters, country music’s foremost pragmatist, and more in touch with her inner life than most adults”.

Video game pioneer, creator of the Sims The videogame innovator says Montessori was the “imagination amplifier” that prepared him for creating The Sims, Sim City, Spore and Super Mario Brothers. “SimCity comes right out of Montessori… It’s all about learning on your own terms.”

The foundation of Maria Montessori’s approach …


What Makes Us Unique

Our classes are small with low teacher-student …


Montessori In The News

When examined through the lens of environmental … 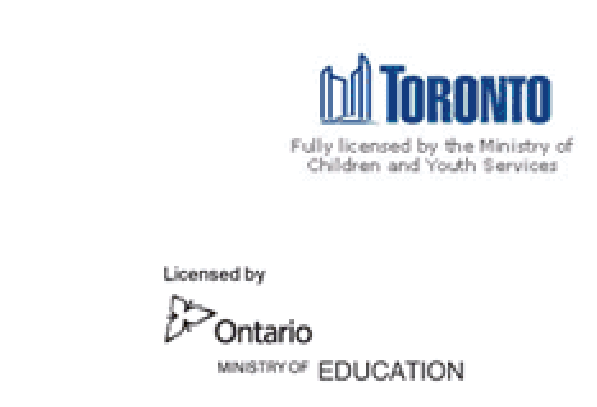